I’ve been busy the last couple of months. Not just lunching with friends, vacationing with hubby, walking the dog and grooming the horse. But with serious, self-loving behavior. And it all started with my annual mammogram. 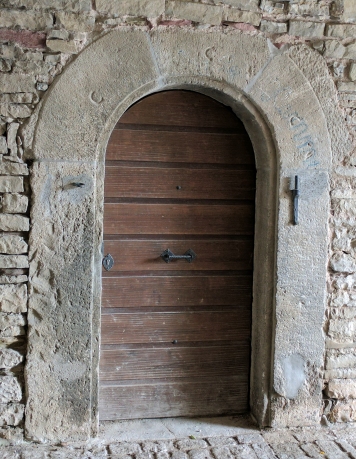 another medical issue and had to tackle one thing at a time. As soon as I resolved the original problem, I scheduled my mammogram and thought nothing of it. I also thought nothing of it when I got a call from my GYN a couple days later to return for a few more pictures. I’ve had call backs before and nothing came of them. Sometimes us gals with denser breast tissue don’t always take the best snaps the first time around. I scheduled my call back and had mammogram number two within a week’s time.

At the conclusion of mammogram number two, my tech asked me to wait while she sent my additional pictures straight to the radiologist so he could determine if any additional pictures were needed. Again, just routine. But what wasn’t routine was the radiologist coming down to meet me in the mammography center to speak to me in person. It turned out I had a spot on my mammogram indicating ‘calcifications’ that are often linked to breast cancer. OK then. The radiologist recommended I seek a biopsy to determine if there was any need for further investigation. He was very kind, explained everything clearly and then informed me he would telephone my GYN as soon as he returned to his office to make the arrangement. Again, I was not in any way concerned or upset by the news. It was just another hoop for me to jump through.

I no sooner arrived home and settled into my tasks for the day when my phone rang. It

was my GYN. Her first words to me were, “How are you feeling about this”? I told her that honestly, I felt very positive and wasn’t worried because I didn’t feel there would be anything wrong. I think she was more relieved to hear that I was less upset about a possible breast cancer diagnosis than she was. She inquired as to whether I had told my husband yet and how he was handling the news. I was so grateful to have a doctor who expressed such kindness and concern that I knew no matter what happened to me, I would be OK. After all, I am surrounded by great doctors in one of the premier training hospitals in the nation. My GYN offered to refer me to a surgeon and I chose the one I had used for past surgeries and felt very confident with. I called and scheduled my consultation that day.

A week later, my husband I walked into the surgeon’s office to learn about what would happen during my biopsy and what the possible outcomes might be. The verdict? Three possibilities: nothing at all; abnormal cells that are not yet cancer but indicative of a future cancer; or, breast cancer. After going through the specifics of the biopsy process, I left well prepared for a core needle biopsy, scheduled for the following Friday.

I had been warned by my doctors that this procedure might not be the most pleasant experience in the world but I have been through far worse. As far as the core needle biopsy went, I was seated in a convertible chair and wheeled up to the mammography machine where you are placed according to how the radiologist needs you in order to

perform the biopsy procedure. Once properly placed in the mammography machine, the technicians took photographs to ensure proper placement for the biopsy. The radiologist then numbed my breast while the technicians kept me occupied and helped me to remain still. Just like in a routine mammogram, I was asked to hold my breath and breath out on several occasions so the radiologist could properly insert the larger needle for retrieving sample tissue. Also during this time, a ‘marker’ was placed in my breast tissue where the biopsied tissue was removed. This is done so my radiologist and surgeon would know exactly where the offending cells were found, should surgery be required. This is also where the doctor’s advice came true: it is NOT the most pleasant of experiences. Although I was numb, I could feel the large, tube like needle being inserted deep into my breast tissue, which was a bit uncomfortable. But I got through it and once the biopsy was done, I was allowed a few minutes to catch my breath as I started to become a bit light-headed. I did eat a light breakfast prior to the procedure but perhaps could have stood a bit more on my stomach. Nonetheless, the entire procedure took about one-half hour to complete. After the biopsy, a few more pictures were taken so the radiologist could ensure she had taken all the samples she wanted. I was sent home with an ice pack and instructions to take Tylenol only and/or use ice to ease any pain. I was prepared for serious bruising and swelling and while I was sore for a few days, the after-effects were minimal. On the following Monday evening, my surgeon called to tell my me initial biopsy results were in and while the news wasn’t the best, it wasn’t the worst either: abnormal cells that would require surgery to remove.

One week later, I was checking into the hospital for outpatient surgery and the next phase of the process would begin.

If you haven’t had your annual mammogram, now is the time to make that appointment. It is easy to do and painless, especially in comparison to the alternative treatment for a long ignored, breast health issue.

4 thoughts on “WHEN MAMMOGRAMS SPOT TROUBLE–BIOPSIES, SURGERY AND POST-OP TREATMENT~”